Unfortunately the Port of San Francisco has been allowing restaurants along the Embarcadero to expand by building tacky additions made of plastic and metal. Some block views of the bay and limit access (more barriers between the city and the bay). They all have plastic windows. Some are not much more than tents. Others resemble metal storage sheds. According to the Port, more of these are coming, and they would be permanent.

The Embarcadero has some wonderful architecture: the Audiffred Building, the streamline moderne Rincon Annex, the Agriculture Building, and the Ferry Building. Even the pier sheds have dignity. The Port needs to maintain some minimal level of design and elegance before it becomes too much of a circus.

See the worst example (at Rincon Park) below these pictures. 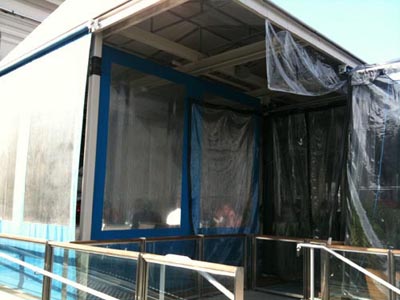 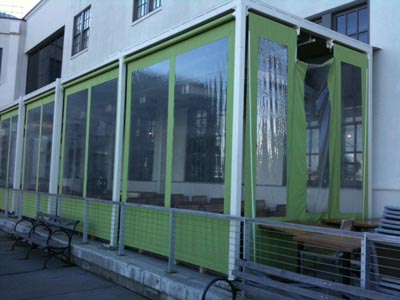 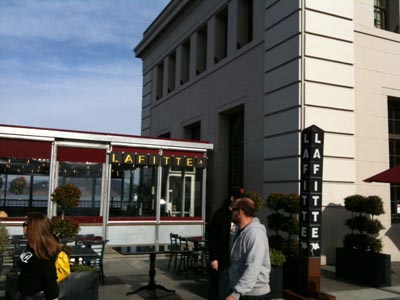 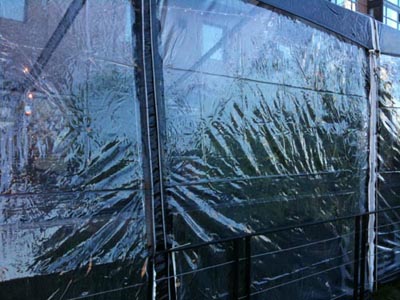 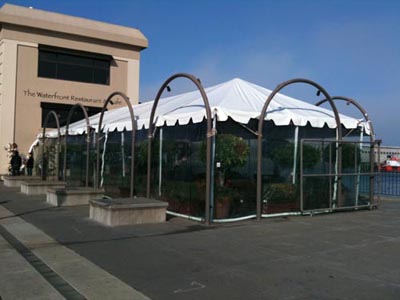 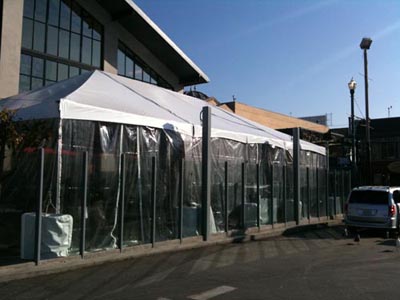 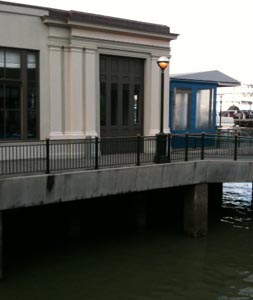 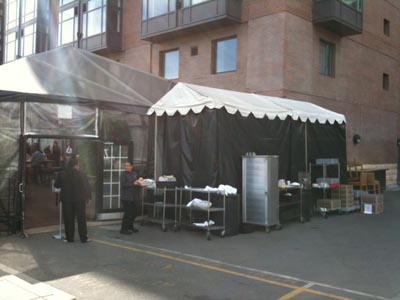 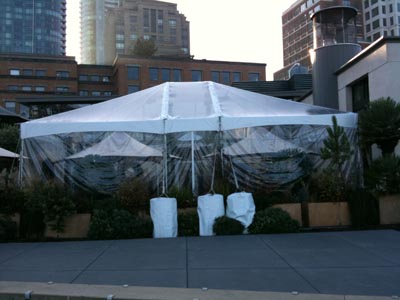 Now the restaurant corporation wants to add more. This may be one of the most outrageous examples of devious planning. The restaurants' agreement with the Port allows them to build a "canopy" which, according to code, is an open structure such as one of those light awning-like coverings running from a front entrance to the curb. To avoid sound planning practices, the Port is labeling the latest addition to the dining area as a "canopy." It is not a "canopy." This allows the operator to avoid scrutiny such as going before the Port Commission.

Below are the "canopy" proposed for Rincon Park and an actual canopy: 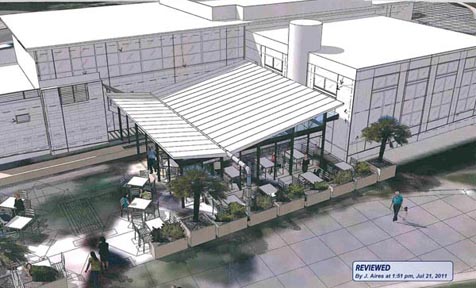 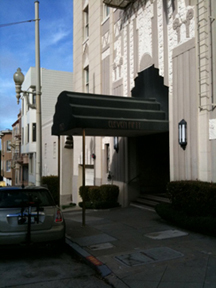 The building code defines a canopy as being "structurally independent or supported by attachment to a building on one end." Photos in the code show a sidewalk canopy at the entrance of a building. In an effort to try to make the above restaurant somewhat fit the definition of a canopy, they are claiming the building is attached only at one end. The proposed building is clearly not what was meant by the term "canopy."

The Port made a commitment to the community that it would abide by the opinion of the conservative and very pro-development Rincon Point-South Beach CAC. The project has been before the CAC twice, and it has been shot down twice. At the first meeting, the CAC made it clear that did not believe an expansion of the building is appropriate. At the second meeting, members and citizens clearly stated that plastic windows are absolutely not acceptable. Apparently the Port and operator have not gotten the message and are still trying to claim a canopy can have windows and enclose diners. They are proceeding with the restaurant expansion.