The redevelopment of four contiguous areas (Mission Bay, Rincon Hill, Transbay, and the Embarcadero) is creating a new skyline. This could be an incredible opportunity for the city to show off but, unfortunately, things do not look good.

Most of the new projects built so far are, at best, totally bland. Some are downright awful.

It is an exciting time in the world of architecture -- everywhere else. Berlin is creating a whole new downtown including high rises built by Sony and Damier Benz, among others. The new World Trade Center competition demonstrated some stunning designs. In Asia, the Petronas Towers (Malaysia), Taipei 101 (Taiwan), and Jin Mao Tower (Shanghai) are very dramatic. Here, innovation and creativity are left only to a few museums. Even towns like San Jose have buildings more interesting than what is being built in this part of San Francisco.

Here is an overview of what is being built. See the map at the bottom of the page. Click on any picture for a larger version. 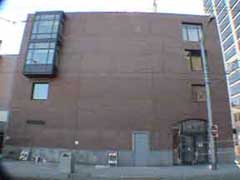 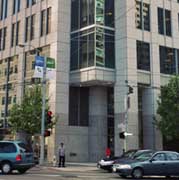 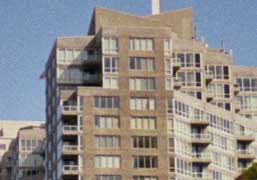 1: The Paramount at 301 Mission. Lots of gray concrete.

2: Motel Muni on the Embarcadero at Mission. Called "the city's most disappointing new building" by the 'Chronicle' (4/21/05), they have desperately tried to cover it up with plants. It was endorsed by SPUR. See the link at right for more information.

3: Buildings now under construction on the edge of Rincon Hill (a block from Rincon Park). No landmarks here, especially at street level. These high-rises crowd the Hills Plaza residential tower directly across the street.

4: Beale and Howard streets. Notice the big air vent right at the corner -- the building's most visible location.

5: The Avalon. Some angles, but too much dull gray concrete.

6: New condos facing China Basin. The best thing about this architecture is that it has trees in front of it.

8: Gap Inc. headquarters building. Architecture critics writing in "San Francisco Magazine" called it "banal" and said it "seems to be based on the Palace of the Soviets." The "Chronicle" said the building "looks like it dropped from the sky and fell back on its rump" (6-11-01).

The links to the right will provide more information and views of the projects and indicate when citizen action is required.