Rincon Center looks very impressive. Some of the views are magnificent. The historic Post Office, the new building, the lobby, and the commercial areas are all top notch. We know from the book about Rincon, "From the Ground Up" by Douglas Frantz, that the architects designed the building and residential lobby with the assumption the apartments would be converted into condominiums.
It would be a mistake, however, to characterize the apartments as luxurious. Many are tiny--some motel room size (only 300 square feet). The kitchens and bathrooms are very basic. There are no recreation facilities at all. (See "Tenant Amenities" link.) While some apartments face the bay (only one side of one building directly faces it), most instead face the courtyard or office buildings across the street. Tenants typically enjoy living here and have willingly adapted to living in this downtown/SoMa neighborhood that the city formally designated as a "blighted" area.

Management has been collecting hundreds of thousands of dollars in rent increases in the last few years. They repeatedly give low-income tenants seven-percent rent increases. Aside from routine maintenance, it is difficult to think of any quality-of-life improvements that have been made at Rincon Center in return for these large rent increases. One exception: they installed a windshield sponge in the garage for those who drive.

It is the purpose of the Rincon Tenants Association to promote communications and get problems resolved. The following issues have been submitted by numerous tenants either because management does not share the information with tenants or because management has not been responsive to an issue they know about.

These topics are covered below: 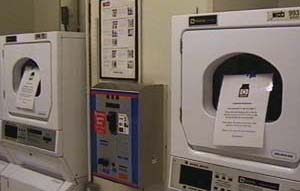 MALFUNCTIONING DRYERS (12/01) -- Dryers in the laundry have been malfunctioning for over a year. Some almost always have out-of-order signs on them. Management is obviously less than responsive in getting these fixed. There is a secret to getting some of the dryers to work if they don't respond to your laundry "cash card." Normally you would insert the card and let go of it to select the drying cycle. Instead of letting go, keep a little pressure on the card until the machine starts. This seems to work.

UNAUTHORIZED ACCESS TO APARTMENTS (8/02) -- Rincon employees entering apartments without the tenant's permission or knowledge seems to be a growing and alarming problem. Sometimes they don't leave notices behind, so tenants may never know that someone has been in their apartment. This serious violation of privacy centers around three areas:

1) Open-Ended Access: When you ask for maintenance in your apartment and you authorize someone to enter your home, you probably assume that allows them to enter for one day only. No, management considers that permission open-ended so someone could come back and enter your apartment days later without your knowledge. They have been known to enter as much as two-weeks later without notifying the tenant in advance! You should make it clear when you give permission to enter that it is for a specific date only. If they need to come back to follow up, there is no reason why they cannot get your authorization again.

2) Same-Day Notice: When management believes there is a non-emergency maintenance issue and they ask to enter your apartment, they are supposed to give tenants at least 24-hour notice. Unfortunately tenants are finding same-day notices outside their doors as they rush off to work in the morning. This usually gives the tenant no time to clear space for the workers or put away valuables. Even worse, some tenants are coming home from work to find someone has been in their apartment and a (too late now) message on their machine informing them that "an employee will be entering later today." This clearly violates our leases and tenants should call management to protest at 777-4100.

3) Lease Change: Management added a clause to our leases (section 10e) that allows them to enter apartments just "to see if improvements are necessary." Advance notice is not required. When this was brought to the attention of the leasing manager, he could not explain why 24-hour notice could not be given tenants. He was not concerned at all and simply said they would not even consider changing the leases. Fortunately, Governor Davis recently signed legislation that makes this practice illegal. It went into effect January 1, 2003.

DANGEROUS DISHWASHERS? (10/99) -- One notice was sent to Rincon tenants awhile back informing us that our GE/Hotpoint dishwashers may have been recalled. The dishwashers are a potential fire hazard--something the memo neglected to mention. The information was also vague as to exactly which dishwashers are part of the recall, which is ongoing. Although the serial numbers match dishwashers at Rincon, sometimes the description does not. Unfortunately it has been left to the tenants to sort this out. Apparently your dishwasher is a fire hazard if you have a GE/Hotpoint dishwasher with the matching serial numbers and it has a switch that slides sideways between "Heated Dry" and "Energy Saver" (shown). We can't be sure, but apparently your machine is okay if it has an up-down toggle switch (similar to a light switch) even though the serial numbers match. Again, it has been left to you to make this determination. You can find the serial numbers and more information at this GE Web site. Call management at 777-4100 if you have questions or concerns.

ROUTINE MAINTENANCE & APPEARANCE -- Rincon Center used to be maintained so things looked clean and new, but this seems to be deteriorating:
-- It was brought to management's attention last winter (2001!) that the very visible walls around the Howard Street entrance are dirty. To date, almost a year later, nothing has been done to clean around the building's front door. (Finally cleaned up a little in October 2002.)
-- There are so many people moving that one of the elevators is almost always padded and has plywood on the floor. Management has been asked to maintain these "temporary" covers, but they have deteriorated.
-- The walls in the mail room need repair and painting. (Finally painted in October 2002.)
-- The hallway carpeting has been replaced with utility carpeting. The lack of padding has increased the noise level. 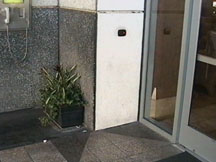 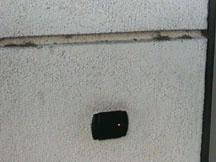 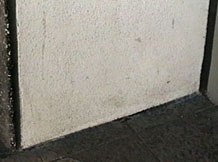 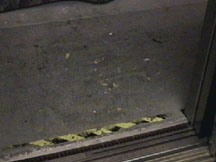 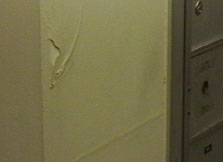 THE "OCTOBER SURPRISE" -- In October 2001, after management signed a new BMR agreement with the Redevelopment Agency, management instituted the largest group of less-than-friendly policy changes at Rincon Center. These changes:
o allow management access to apartments without notice (lease section 10e),
o forced tenants to buy very expensive renters' insurance (recently rescinded with the help of the S.F. Redevelopment Agency),
o made tenants liable for management lobbying and other expenses (also rescinded),
o blocked the traditional method of tenant association communication,
o moved up the rent due date to the third of the month (even though it has taken them as long as four weeks to cash the checks),
o simultaneously doubled the late rent fee to $100.

SECURITY DEPOSIT INTEREST REFUNDS -- Remember to check every year that you receive a refund of the interest Rincon management collects on your security deposit. While management demands that we pay our rent by the third of the month and charges a whopping $100 fee if we are late (recently moved up from the fifth and doubled from $50), they are known to forget to return our interest. Call management at 777-4100 to check on yours.

LEAKING WINDOWS -- After years of mildewed carpets and stained walls, we hope much of this problem has been corrected. Management has a warranty on the work performed, so be sure to report any ongoing problems with windows.

DSL LINES -- Management has been talking about installing some kind of DSL Internet service for tenants for years. If you are interested in receiving this service, call management for an update at 777-4100.

DID YOU KNOW? -- Maintenance will apply weather stripping around your front door. This can help keep out smoke and odors, increase privacy, and reduce the noise your door makes when it closes.

DESIGN ISSUES (8/01) -- Very skilled architects, artists and designers worked together in the 1980's to create a world-class environment at Rincon Center. Unfortunately:
-- Rincon's most notable feature, its waterfall, has been without the artist-designed panel that distributes the water forming the waterfall. It has been missing for many months.
-- The fine cream-colored leather chairs that the original design team chose to match the decor of the residential lobby were replaced with cheap green couches from Cort rentals. They show their staples.
-- The new industrial carpeting installed in the hallways was chosen by the leasing office staff.
-- A large number of advertising signs and news racks have been placed around Rincon Center. This clutter, including a FedEx box outside the Post Office, shows disrespect for the appearance of Rincon Center. The center's designers incorporated discreet locations outside for newspaper stands.

BIKE LOCKERS (7/00) -- Bikes are stolen occasionally from the garage. Management promised several years ago to provide tenants with enclosed bike lockers. Please advise the tenants association by e-mail if you have, or have had, a problem with your bike at Rincon. Tenants should know how risky it is to leave their bikes there. Management does not share this information.

Tenants who have lived at Rincon Center for awhile have seen many management teams come and go. It is impossible to not compare these managers on things such as communications and responsiveness. Some management teams have worked very closely with the Tenants Association on issues such as these. The current management team seems more concerned about protocol, procedures and profit.